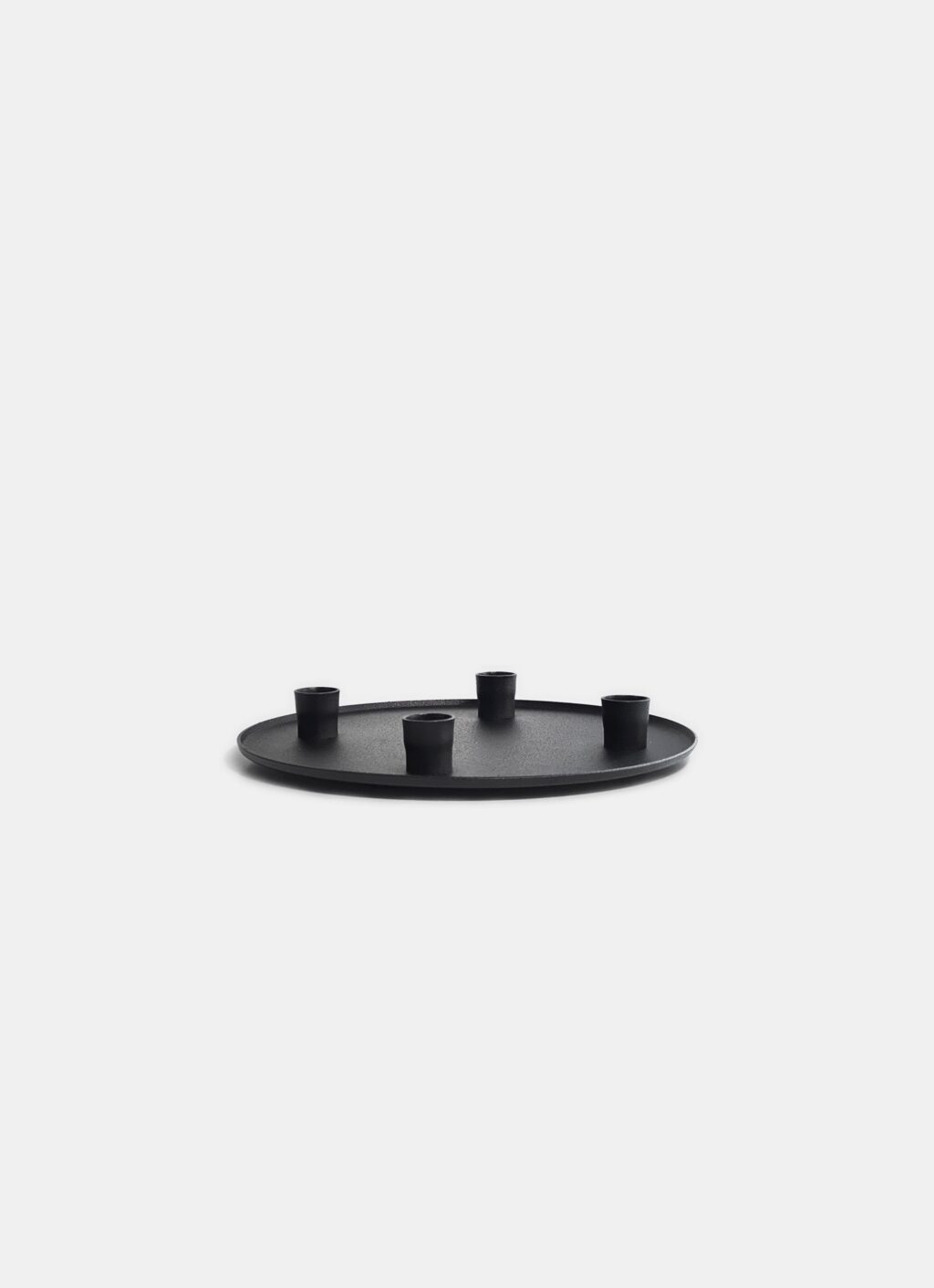 A round candle plate/tray made of iron with four holders for crown and antique candles. The candle plate has a low edge and underneath are four feet so that air can flow and prevent the plate from becoming too hot if the candles burn down.