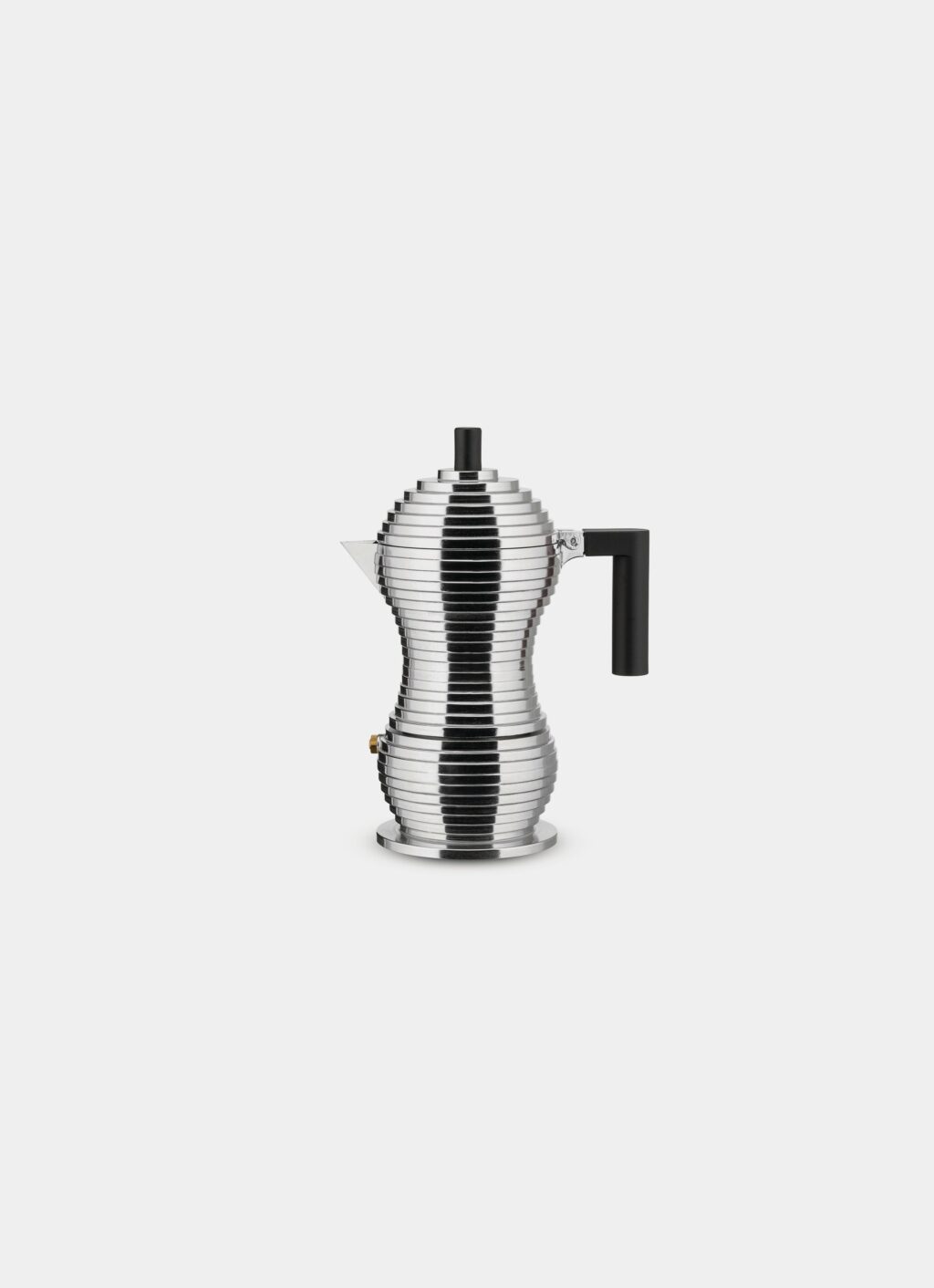 The first thing you do in Italy is to have some coffee? This is for you… Pulcina is an iconic and revolutionary mocha maker that combines the technology developed by Illy caffè and the design experience of Alessi.
Designed by Michele de Lucchi, Pulcina encapsulates a small but substantial design innovation that stops dispensing the drink at the right time before the coffee gets a bitter aftertaste. This helps to enhance the full and rich aroma.
The spout, which recalls a chick’s beak (hence the name of the coffee maker) allows it to perfectly stop the drop.

Designed by Michele de Lucchi.
Dimensions: H 20 cm, L 15,2 cm, W 9,2 cm
Capacity: 150 ml / 3 cups
Material: Aluminium
Colour: BlackNot suitable for Induction.
Have a look at the Pulcina Version with the red handle for Induction cooking below!Architect Michele De Lucchi was a prominent figure in movements, he designed lamps and furniture for the most well known Italian and European companies and realized architectural project in Italy and abroad. He was appointed Officer of the Italian Republic for services to design and architecture and has been nominated Professor at the Design Faculty of the Politecnico of Milan and Member of the Accademia Nazionale di San Luca in Rome. He has recently realized a number of proejcts for the city of Milan as some of the pavilions for Expo 2015. For the Salone del Mobile 2015 De Lucchi has created “La Passeggiata” for Workplace3.0, dedicated to his vision of workspace.