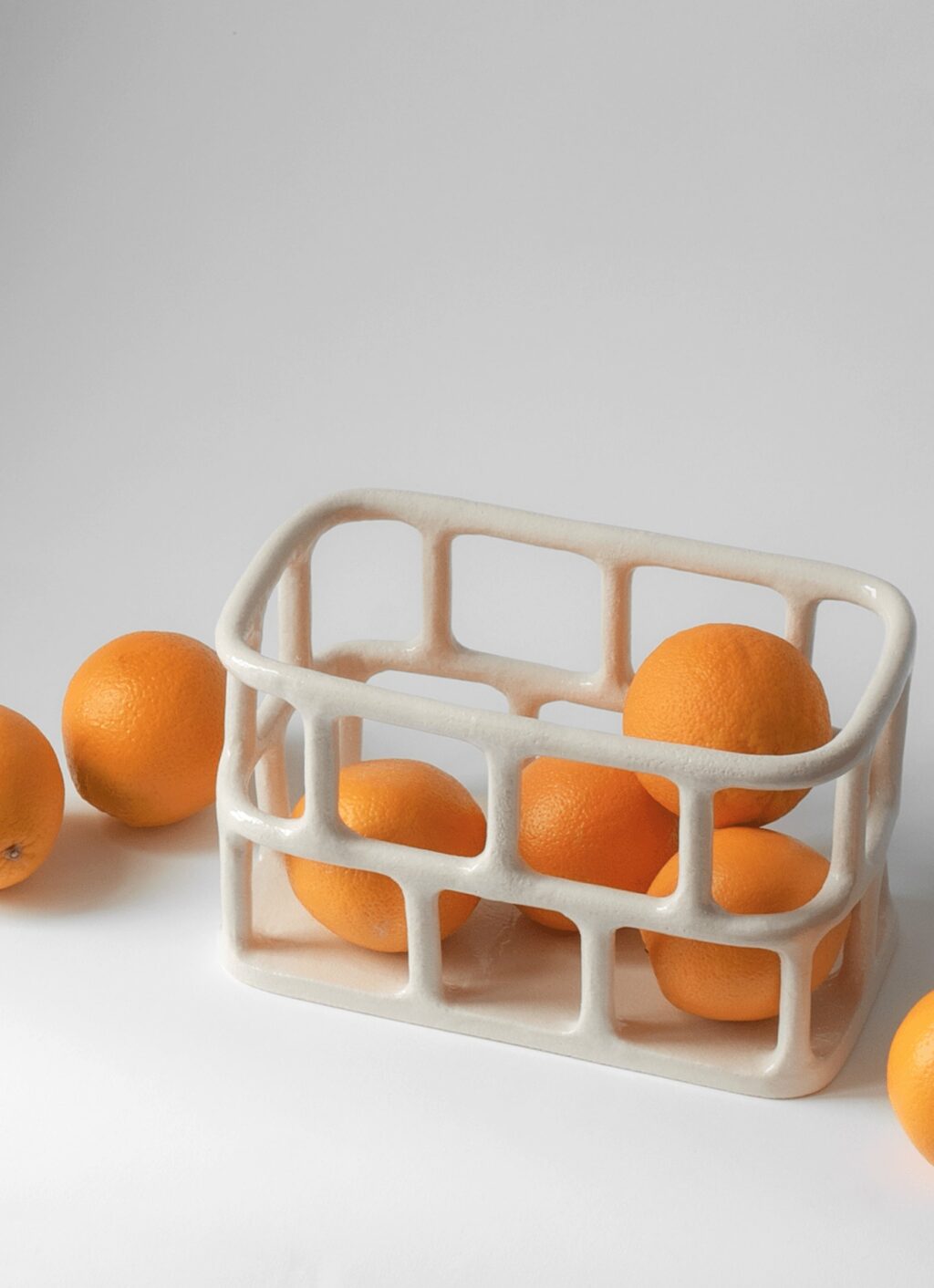 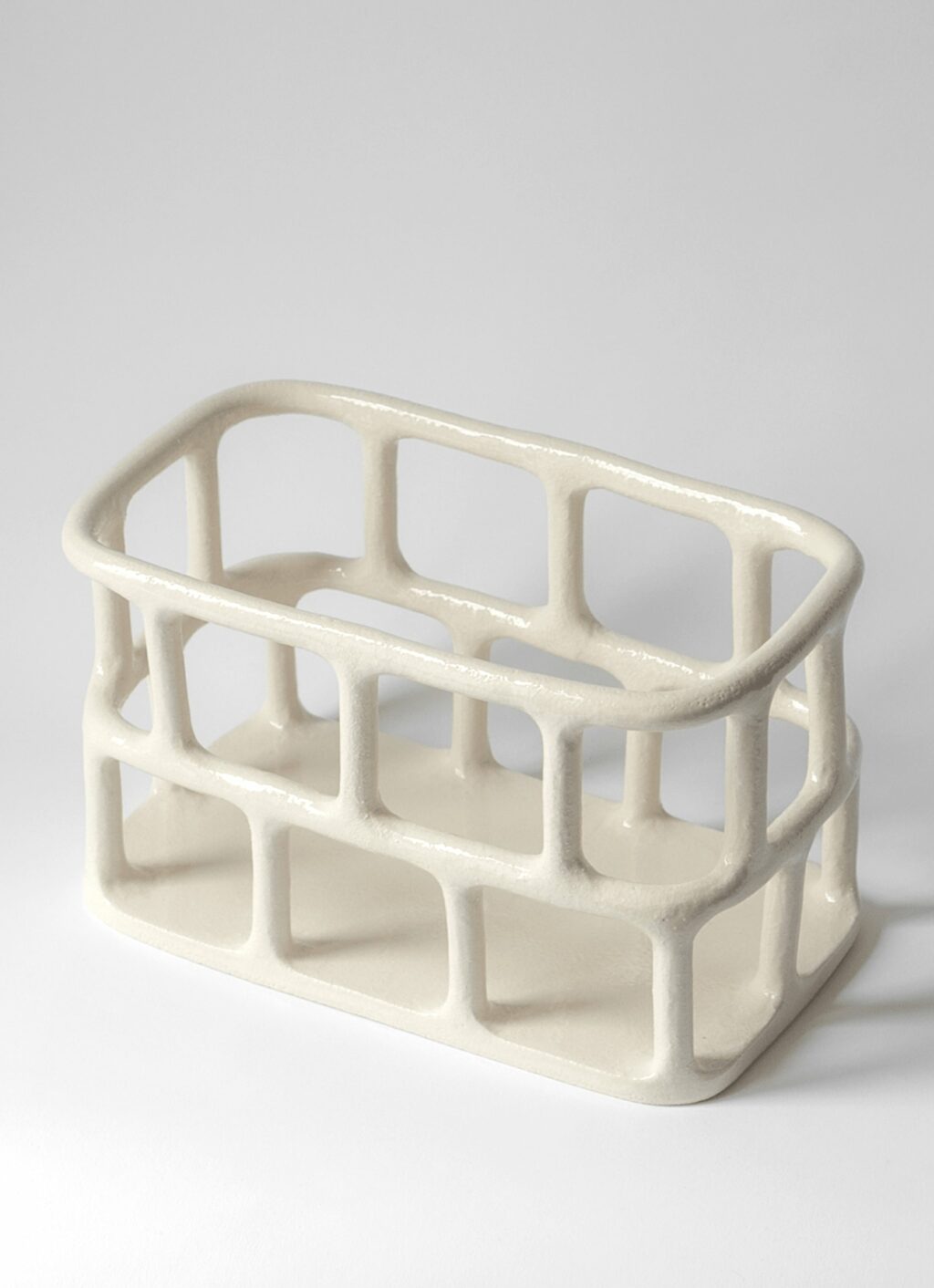 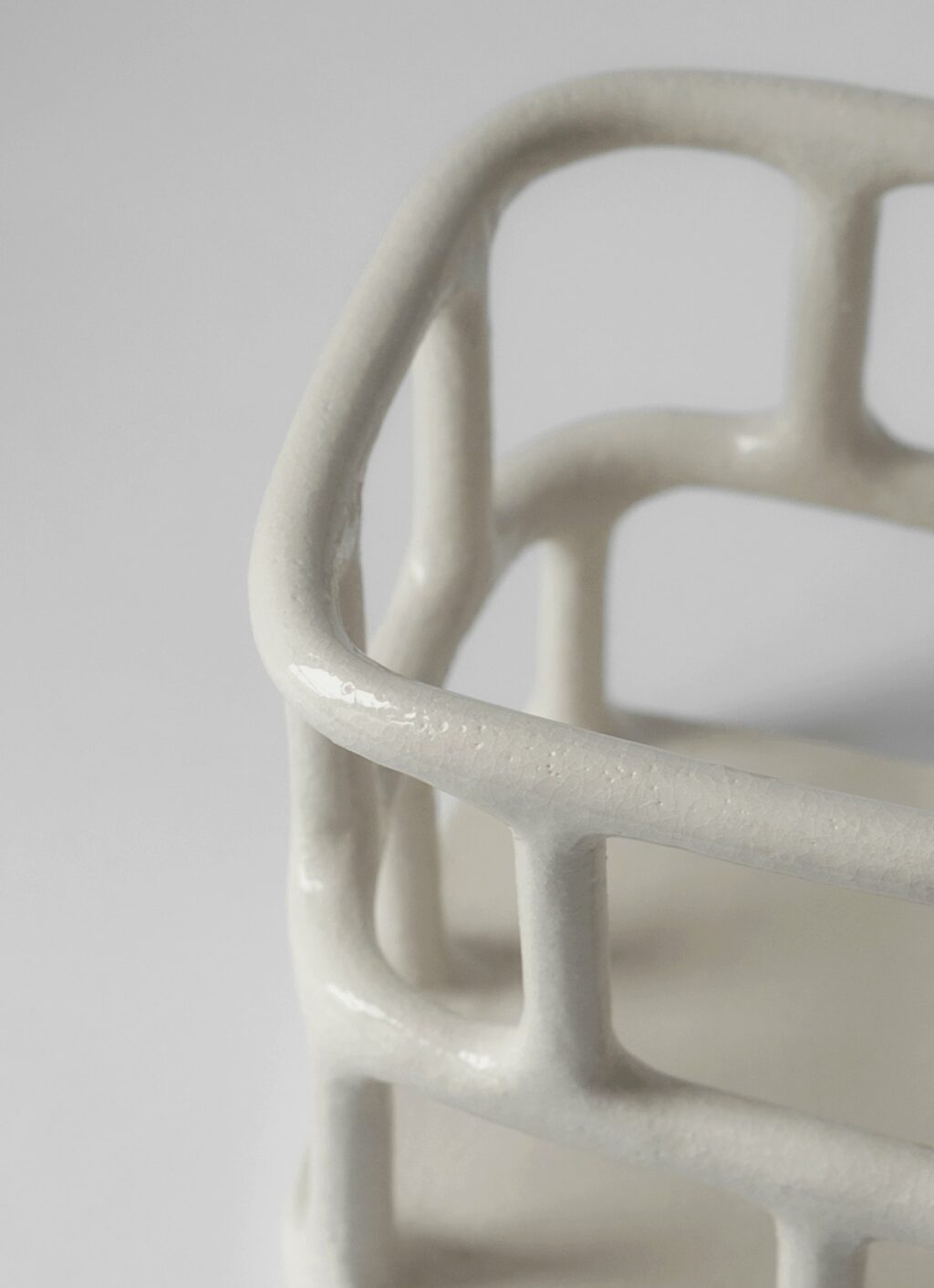 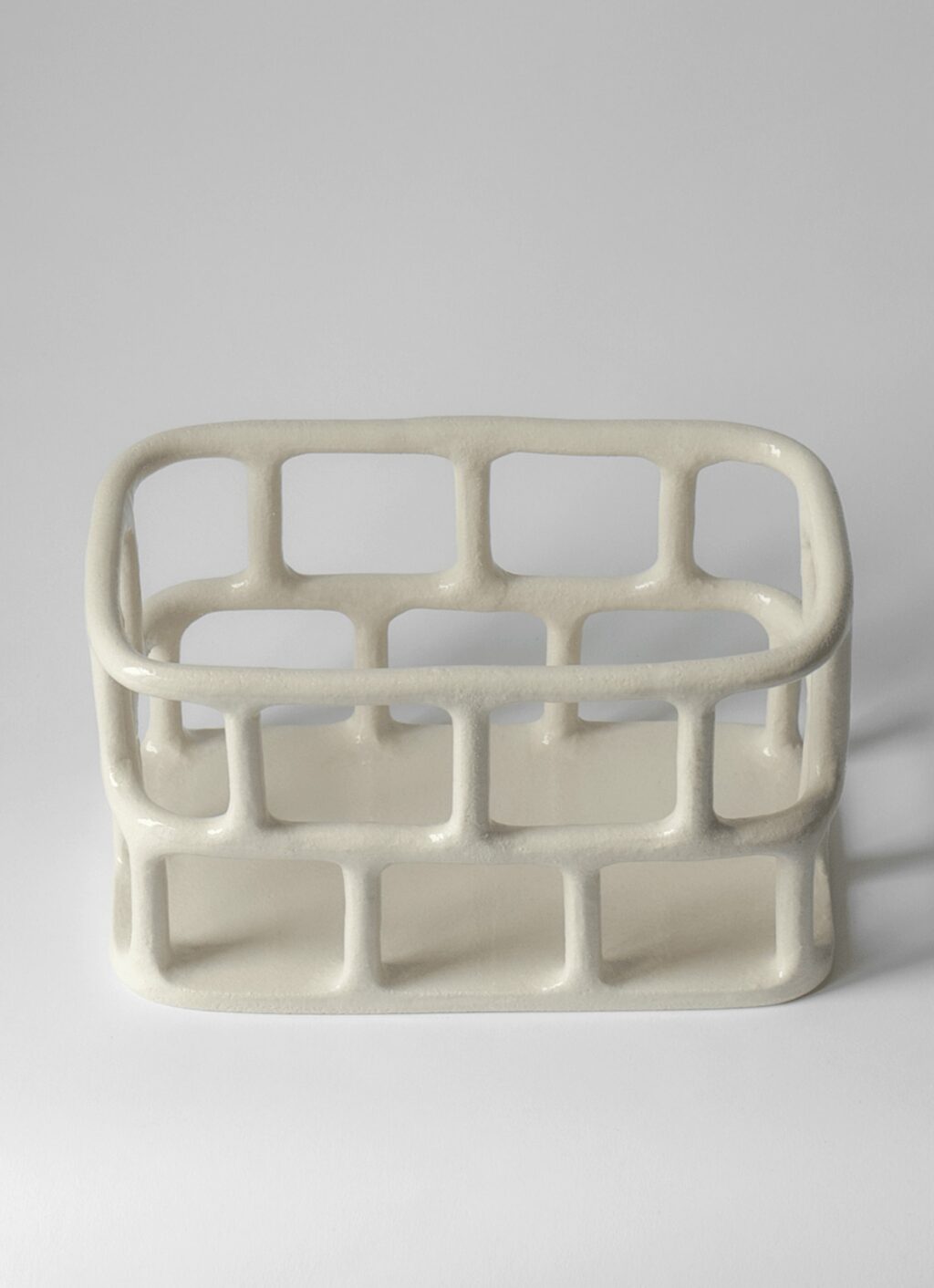 The inspirations of Solenne Belloir come above all from nature and streets. Plants, in particular stems and branches, inspire the handles of her pieces, a recurrent component of her creations. These handles are also influenced by human made elements, such as the pipes that run along the street buildings, like immense creepers that surround the city up to the chimneys that crown parisian roofs.

“I see my creations as hybrid creatures that are both ancient and futuristic. When I design a piece, I like to combine two opposite concepts; part of the sculpture must be anchored to the ground, while its end must want to fly away. It is thus essential that my handles are perfectly incorporated into the piece, rooted in it as if they had grown by themselves. Such an organic aspect is dear to me. The handles, in contrast, extend around my pieces allowing me to build a sphere, like a fragile armor that imposes an empty space, a breath.”

Technically, Solenne Belloir works with different high temperature clays, often with grog and alternating between black and white sandstone or clay coloring. She also uses both wheel-throwning and modeling, which allows her to combine different types of shapes and to explore, at each moment, the endless possibilities of clay.